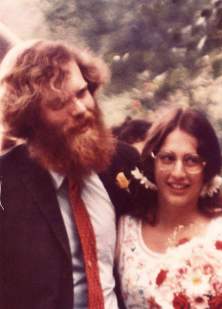 Valentine’s Day! On this most romantic holiday, there will be many marriage proposals. Some will be simple and old-fashioned: After getting the father’s blessing, a nervous man will bring his girlfriend to a quiet intimate spot, go on bent knee, and pop the question. For others it will be a huge production that involves elaborate planning, intrigue, and at times a huge cast of characters to carry it off.  Thanks to social media, this intimate moment has recently evolved into a very public “how many hits can my proposal get on You Tube?” event. No matter how couples get engaged, each story is unique, memorable, and forever part of their love story.

Larry intended to ask me to marry him on a grassy knoll at the Saratoga National Battlefield. Unfortunately, seconds before he was about to pop the question, he was stung by a bee. His lip began to swell, and we left hastily to find an ice pack. Two weeks later, we were walking home from Rosh Hashanah services in Saratoga Springs. Larry started talking about where we would live and how many children he would like us to have. When I asked him if this was a proposal, he quickly said, “No!” A few minutes later, as we were putting our coats away in a bedroom at his parents’ home, he asked, “So you want to get married?” I said yes, we started to kiss, and Corky, the Shapiros’ dog, jumped up and licked my face. Very romantic. We didn’t even share the news with the family until Yom Kippur Break-the-Fast.

Thirty-five years earlier, my parents’ engagement came after a whirlwind romance. After they had been maintaining a long-distant relationship for less than six months, my father came down to New York City from Alburgh, Vermont, to see my mother for the weekend. They had just seen Gone with the Wind, and my father proposed while they were having dessert in a coffee shop. “We were blinded by the movie,” my mother recalled sixty-five years later. “He thought I was Scarlett O’Hara and I thought he was Rhett Butler. Of course I said yes.”

My brother needed more time and certainly more of a push. Jay had been dating Leslie for over a year when they stayed at my parents’ cottage on Willsboro Point on Labor Day weekend. On Sunday night, Jay suggested to Leslie that they take a walk to the rocky promontory overlooking Lake Champlain. The sun was setting, the crickets were chirping, and Burlington lights twinkled in the distance—Leslie was sure this was “The Moment.” Nope. Jay just walked her back to the cottage. The next day, on the car ride back to Ithaca College, Leslie pressed for a commitment. “Give me one good reason why we should not get engaged,” Leslie recalled. When Jay failed to come up with any, Leslie announced, “Fine! We’re engaged!” It certainly wasn’t the romantic proposal that Leslie was dreaming of, but forty-five years later their commitment and marriage are going strong.

Leslie wasn’t the only one to reverse the roles in the proposal process. After graduating from Oberlin, Judy and Charlie were living together, unusual and not universally acceptable in 1971. Judy got tired of lying to everyone at work about her “roommates” and dealing with her parents’ unhappiness with the situation. “I asked Charlie, ‘Do you want to get married?’” Judy recalled. “He said ‘Sure. Why not?’” They tied the knot six weeks later. Debbie and Jim, both who had previously been married, had been dating for about a year, Debbie finally said to Jim, “So are we getting married or what?” They said their ‘I do’s’ in Jamaica that summer. And Diane’s proposal came in the form of a promise that she would keep the kosher home Mark insisted on from any woman he would marry.

Another couple’s engagement came after the evening from hell. On a freezing cold December night in Baltimore, Becky and Mark had made plans to go to a concert followed by dinner at the Playboy Club. While trying to find the concert venue, they got hopelessly lost in a questionable section of town. The situation deteriorated dramatically when Mark’s old car, “The Purple Monster,” sputtered and stopped dead. They both got out of the car, Mark lifted the hood, and the engine burst into flames. Mark yelled to Becky, “Quick! Give me your coat!” Becky quickly ripped it off, handed it to him, and watched as Mark used it to smother the fire.

Mark walked to a pay phone to contact AAA, leaving Becky alone, nervous, and shivering in the car with her smoke-smelling coat. They never made it to the concert or out to dinner. When they finally got back to their apartment, they were tired, cold and hungry.

“Any girl that is willing to go through all of that with me and still come home cheerful is the girl I want to spend my life with,” Mark said.”Will you marry me?” By that time, Becky had warmed up enough to say a resounding “Yes!”

For Becca, it was a rainy November night in Buenos Aires when she knew she would spend the rest of her life with Rolando. Becca tells it best:

“Ever so gently he kissed me-as softly as the rain falling into the dark night. ‘We will be married,’ he said, his dark eyes looking deeply into mine,” recalled Becca. “It was not a question. It was not a proposal. It was simply and forever understood that we belonged together—no matter the distance. No matter the obstacles. And, to this day the sound of raindrops softly falling reminds me of the promise of our eternal love.”

Wow, Becca! Sure beats everything I have seen on You Tube. Happy Valentine’s Day to you, Rolando, and all the couples celebrating their love.

1 thought on “Engaged in Engagements”