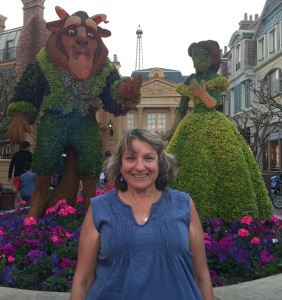 According to an old Borscht Belt joke, all of Jewish holidays basically come down to one theme:  ‘They tried to kill us. We survived. Let’s eat!’ Purim follows the plot line: Haman, an evil advisor to King Ahasuerus, recommends that all the Jews be killed. Esther, with the help of her brother Mordecai, saves the day. We eat hamantashen and drink wine.

Purim has always been one of my favorite Jewish holidays. On March 18, 1973, Larry and I met at a Purim party organized by an Albany Jewish singles group. We were in a “shpiel” based on The Dating Game. He was King Ahasuerus; I was Queen Esther. Over hamantashen and punch, we discovered that we had a great deal in common and, unsaid, a mutual attraction. The rest is history.

But there is another reason I love the holiday: it is in many ways a fairy tale about kings and queens and love conquers all. When it comes to costume parties, most little girls want to be Esther. And I was no exception. Each holiday, my mother would find a pretty robe, and I would make a crown out of cardboard and aluminum foil. Voila! I was royalty!

Much to my embarrassment, I still love a good romance where  true love conquers all obstacles and the couple live happily ever after. Some of my  favorite movies—Beauty and the Beast, You’ve Got Mail, Moonstruck— carry that theme. When we moved to Florida, I emptied my book shelves, only taking enough to fill a small bookcase full of my favorites. Not surprising, many of them follow the same plot: Jane Eyre, Pride and Prejudice, and a very dog-earred Golden book version of Walt Disney’s Cinderella. I spent many an hour on my mother’s lap listening to that story and its promise of happily ever after.

Now that we live only forty minutes from Disney World, I have had many opportunities to experience the “Princess Phenomenon.” At stores throughout the parks, little girls can purchase Princess costumes. The Bibbidi Bobbidi Boutique offers salon services to “make one’s little princess… look and feel like royalty.” Throughout all the parks, Disney cast members—Disney’s term for all their employees— sweep past us dressed up in as Cinderella, Snow White, and Sleeping Beauty. At scheduled times throughout the day, one can have a picture taken with favorite Disney characters. Mickey, Donald, and Pluto have their share of people waiting in line for their photo opportunity. The one with the longest lines, however, are the princesses. I have not yet bought a “Cinderella” dress (I don’t even think one can purchase them in adult sizes). But I gaze wistfully at the long lines, hoping some day I can persuade Larry to wait for me while I have my opportunity to share a moment with one of them.

My fascination with princesses is small potatoes compared to many. According to wdw.com, more than 1,200 couples a year tie the knot at Walt Disney World Resort.  That is nothing to shake a magic wand at! And I can’t even begin to imagine the number of couples a year who honeymoon there. One can recognize them by the Disney bride Minnie Mouse and groom Mickey Mouse ear hat sets sported by many young couples.

What separates  Queen Esther from many of the Disney princesses is that Esther is not just a passive maiden waiting for the magic kiss of her Price Charming. Rather, she is actively involved in saving the Jewish people. In the Purim story, King Ahashuarus banishes his first wife Vashti after she refuses to show off her beauty wearing just a crown to a banquet room full of men “merry with wine.” After a search throughout the kingdom, Esther, a Jewish orphan, is chosen to wear the crown. The new bride learns from her Uncle Mordecai that Haman, the king’s evil advisor, is plotting to kill all the Jew.  Beguiling the king with her beauty at a banquet, Esther then reveals that she herself is a Jew and that her people are threatened.

On a recent visit to Disney, I saw an adorable princess outfit in a nine-month size, perfect for my new grand-daughter. I took a picture and sent it to my daughter. “What do you think?” I texted.

Julie called me  back immediately. “Let’s get one thing straight.   My daughter is not going to be wearing any princess outfits.”

To her relief, I told her that her father had already strongly encouraged me to put the princess outfit back on the store’s display.  I assured her that would limit my gift outfit choices to more acceptable themes, like hedgehogs or rainbows or, in honor of my son-in-law, the Denver Broncos.

However, I already have plans five years down the road of having Sylvie stay with me and whisking her off to Disney in a princess dress of her choosing. And the magical salon experience? Even I have reservations about the Bibbidi Bobbidi Boutique.

Or maybe, more in line with Julie’s thinking, I will share with Sylvie the story of Purim. I will tell her about a woman who is plucked out of obscurity to become queen of a large kingdom. She gets the man and the crown. Rather than living “happily ever after,” she uses her position to let good overcome evil. In the process, she became a Jewish heroine beloved centuries later.  And that story doesn’t require any magical kisses from Prince Charming.